The new neighborhood will be built on an area of ​​1.9 hectares of “Konvikt”. On Tuesday, the project that was chosen among four candidates was presented to the public.

After the “Nei-Hollerich” project was presented to the public at the end of March, a master plan for another new quarter was presented on Tuesday morning. At the Konvikt location between the Pétrusse valley and the city park, apartments and offices will be built on 1.9 hectares.

According to the urban plan of the municipality, 60 percent of the built area (19,180 square meters) is reserved for housing, and 40 percent (12,780 square meters) for other functions. The latter consists of a four-star hotel (5,100 square meters), office space (5,320 square meters) and a chapel that is already there and will be integrated into the project.

211 residential units are planned, a maximum of 30 per building. 8,400 square meters of residential space will be sold, the rest will be rented out.

The new “Centre Convict” neighborhood should be as car-free as possible. Parking spaces – only 0.8 per apartment are planned – will all be located in the underground car park along Avenue Marie-Thérèse. About half of the residential units are planned to be built according to the concept of living without a car. Paths and streets in the district will be reserved for “mobilité douce”. The trees along Avenue Marie-Thérèse should be preserved.

The area has a long history: Fort Rheinsheim was built there between 1733 and 1746, and the street of the same name opposite “Konviktsgaart” still marks it today. The first boarding school “Konvikt” for high school students was opened in 1872. The Catholic home has been known as “Bulett” for generations of students.

Today’s bishop’s palace is located in the place where the Peter fortress stood until the 19th century; In 1880, Villa Schaeffer was built on the site, which was then demolished in the 1950s. At the end of the 1970s, major conversions were carried out: in 1980, a new ensemble of boarding schools was opened, consisting of hotels, boarding schools, offices and restaurants. Underground parking lots were also built then, and most of the underground galleries that originally served as powder rooms were destroyed.

The project by architects Christian Bauer & Associés and its partners Areal Landscape Architectures (landscape architects) and Impakt (circular economy specialists) beat three competitors in the selection process. According to the jury, the project is characterized by its integration into the environment, as well as respect for the existing architectural heritage.

Not all buildings on the site will be demolished for the new project. Among other things, the chapel remained. (The cultural center “Altrimenti” is located on the ground floor of this building). According to the client, it will soon be listed and integrated into the project. The “Konviktsgaart” nursing home, built in 1992, will be there for at least ten years, it was announced on Tuesday morning. The nearby bishop’s residence, built in 1958, will remain there; anyway, it is in the protected zone of the park.

On the edge of the area, near the Adolf Bridge, is Villa Baldauff, which is not affected by this project. The house is privately owned by La Luxembourgeoise, which plans to transform it into a five-star hotel.

The developer of the “Centre Convict” project is Lafayette SA, the property manager of the diocese.

The next phase of the project will be the submission of a partial development plan to the City of Luxembourg. It will probably be a while before the excavators roll. 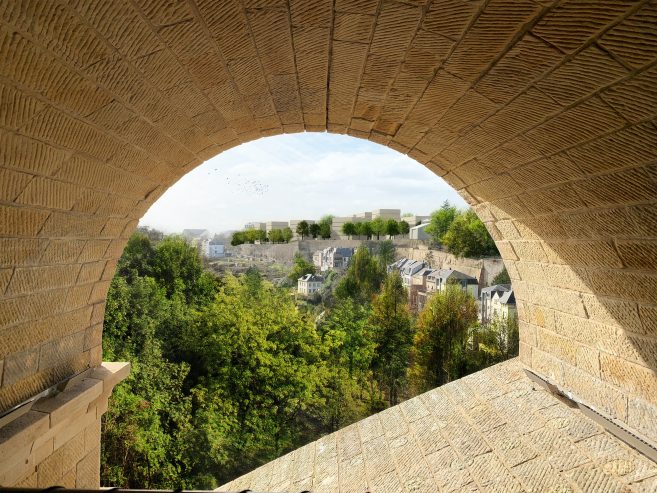 A view of the planned seminary under the Adolf bridge 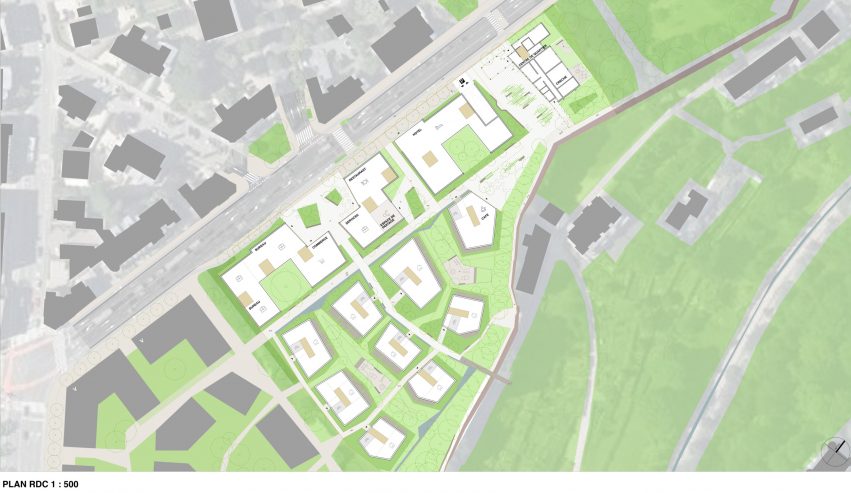 The streets in the district should be car-free 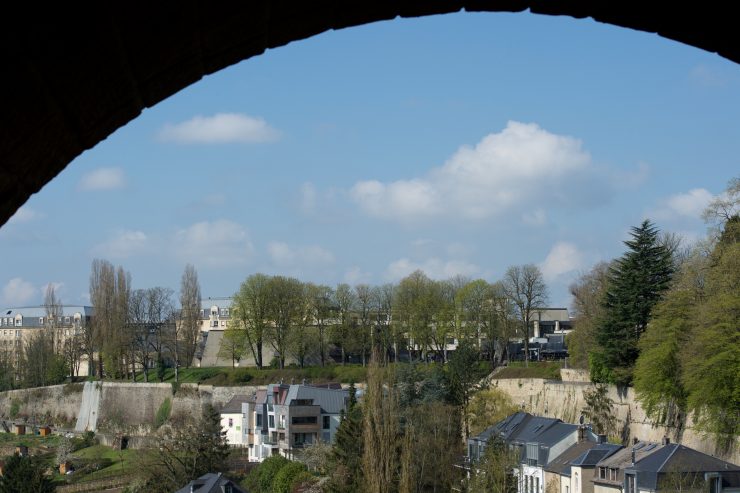 The view from “Nei Breck” today 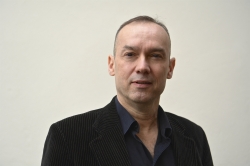 Claude Molinaro, born in 1964, studied linguistics, German and Russian in Brussels and Moscow. He gained his first journalistic experience as a freelancer during his school days in a daily newspaper. Before taking a permanent job there in 2006, he worked as an employee of the Luxembourg Embassy in Moscow, as a translator and as a programmer on programs for automatic translation. At Tagesblatt, he worked for eight years in the domestic policy department, then four years as culture editor before moving to the local department in 2019, where he mainly deals with events in and around Luxembourg City.